Today they are releasing the new movie Cowboys and Aliens. I am planning on going to see it but I don't know what the big deal is. We have problems with those pesky aliens every weekend at the famous Christmas Place.
Those guys are always zipping around in their saucers, scaring the wildlife, blasting right and left with their ray guns, snaring unsuspecting hunters for their lurid experiments, creeping around trying to take over the world, and in general causing all kinds of chaos and havoc. We really hate a bunch of pesky aliens. Go see it! See what a weekend at our camp is really like!
Posted by Editor at 10:33 AM 2 comments:

The Watermelon Carnival is just around the corner, but the local elections are right on top of us too. Trent Howell (locally known as the hanging judge or "Noose" Howell) is running for the District 2 judgeship. The election is August the 2nd but he is an independent and will be running in the primary against the winner. District II Judge Race.
Posted by Editor at 10:31 AM 8 comments: 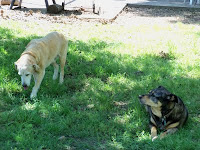 this wekend I ewnt to camp with out rex. Pop took Trigger and me down for the week end. we chaseded rabbits,howed at the big old moon,chased those bad deerses, sum possums and a mean old coon. boy, we had fun!
We jumped in the lake and almost caugt a fish. I ran with the 4-wheeler thing until I was so tired I feel asleep on the couch.
We had good food. Fish, deer steak. Yum, Yum.

We looked but did not see a single cat, but smelled lots of hogs. I hate them thangs!
Rex and mom went to Tunica. They say I will have to eat dog food all this week. Blah!
Posted by Editor at 10:02 AM 1 comment: 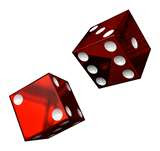 or "How to Pay Camp Dues"
The Mississippi Coalition of Appraisers is holding their annual convention at Tunica starting tomorrow and I need to go to earn my CE hours. This will help me as I can also win enough money while I am there to pay my camp dues, pay for my football tickets, pay for our new cadillac, buy Camo a diamond studded collar and pay for all the kids college education. What a deal!!!! Will be back Monday with a report on all my big winnings!
Posted by Editor at 10:36 AM No comments:

Trent has been after those hogs all summer and this weekend he headed down to camp again with his wife Shelley to hunt. It was a pleasant day out and they sat in the love seat swing to talk and enjoy the afternoon before he left to hunt. It was a quiet romantic day and as they taked he stared into her eyes, they moved closer together and suddenly there was a loud G-R-U-N-T as a big hog ran across the yard. Holy Crap! Trent jumped up, Shelley fell over (still puckered up), Trent raced into the house, grabbed his gun and started sneaking across the yard while hiding behind the little peach tree. A whole covey of hogs appeared!
The hogs congregated in the big field behind the camp without a care in the world as Trent sneaked, snuck, crept up on them.
Trent finally remembered to load his rifle, took a rest and BAM! the biggest hog fell. The hunt was over and another hog on the pole. 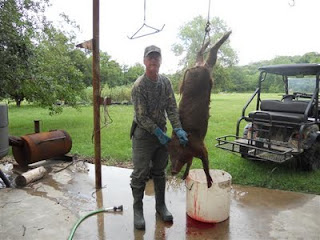 The Sons Of Hershel howell 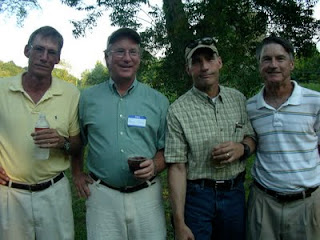 My brother James and all his family with Dad. 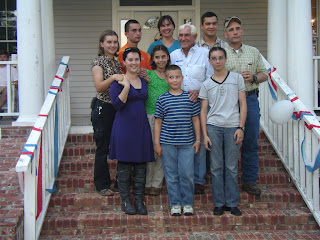 After the golf match, we all retired to Trent's house to relax, imbibe and then eat. It was a peaceful and fun time for all. This is Paul, Dad, Trent and Bebo with Michael in the background. 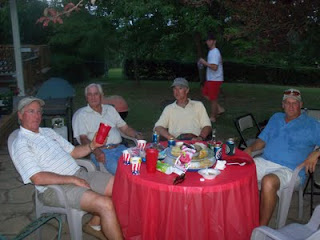 Here are Tyler, Denise and Greg relaxing and joking around. 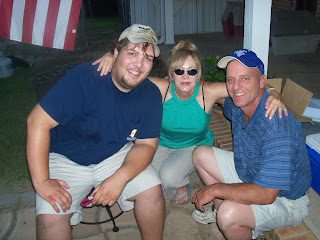 It was close but we made it through the weekend without anyone getting shot or stabbed. I almost had to shoot myself Sunday as my golf game completedly disappeared and I hacked it around horribly.
Saturday was different. This was the day of the Howell Open and my team ended up with a ringer. Betty Bullion made her debut in the Open and proved deadly to the other teams. She sank a couple of 20 foot birdie putts and chipped another one in for a birdie as we kicked the crap out of the other teams. Paul, Betty, Greg and I won enough money off those losers to last until next year. 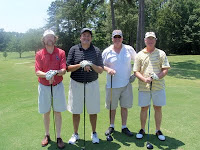 Sunday was different and Paul and I went to Oxford to meet Bill Howard, Mark Larson, and Bob Schull. I got the crap kicked out of me, but I do enjoy playing golf with those guys and the Ole Miss Golf Course is in perfect condition. The upside was that this was the annual time of year that Paul has to pay Mark after he gets beaten to death on the golf course. 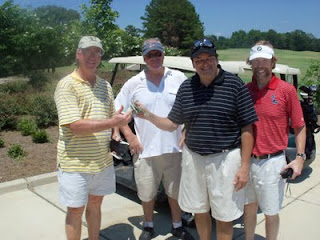 Monday mroning the guys played again and Bebo won all of his money back as I still played horribly and Paul had not shaken off his defeat on the previous day. Will post the party pics of Saturday night and the big party at Aunt Marilyns later.
Posted by Editor at 9:15 AM 1 comment: