Chivalry is Dead, and So is Wanda's Buck

My evil brother, no Paul, shot this fine deer last weekend as he snatched the rifle out of his wife's hand when it walked out into an open field at the famous Christmas Place. He had taken her hunting to maybe shoot a doe when this buck walked out. Paul said "Wanda there's a big buck, hand me the rifle." She started to aim and said "I see it." Paul said "You'll miss, give me the rifle! She said "I'm going to shoot him" He grabbed for the rifle and all hell broke loose in the stand. A terrible fight started as he tried to wrestle the gun away from her, the stand was shaking, screams and curses filled the air as he finally got her to the floor and snatched the gun away. The poor deer was only 50 yards away minding it's own business and wondering what the hell all the commotion was as Paul came up with the rifle and started blasting away. Ah, Paul has this nice 190 lb. 8-point on the pole to start the 2014 season but is sleeping with one eye open as Wanda plots her revenge. 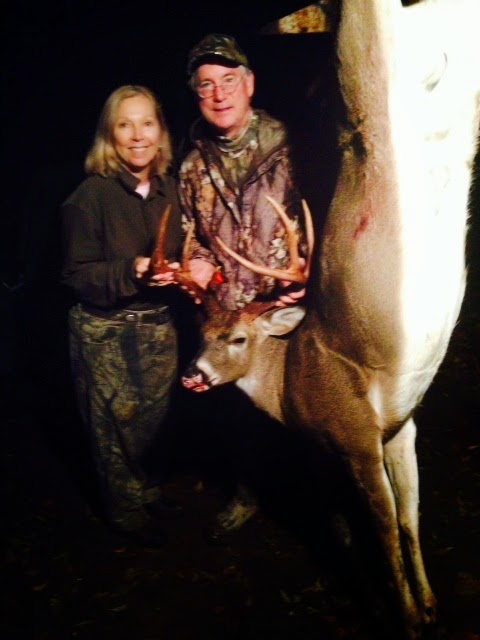 It is once again Deer Eve in Mississippi and outside my office I can hear the distant sounds of people sighting-in their rifles at the last minute. I am at work but my mind is far away thinking about the big buck that I know is slipping through the woods waiting on me. We are headed to camp at Noon and hope to have the camp open and everything ready to go before dark. Tonight there will be a nice fire to talk old stories around, a few drinks after a long wait, fresh crappie for dinner, and a whole lot of anticipation for daylight to come.
I wish you all well and please look for my picture in the New York Times after I slay that damn Thunderhoof. Good Luck!
Posted by Editor at 10:18 AM 1 comment:

Deer season is upon us and the first muzzle-loading season is now open. We are heading to camp tomorrow for the first weekend of the season in hopes of thinning the doe herd. It will be strange without Dad but we hope to have a good time and get a bunch of deer removed and hopefully some hogs too. Will try to keep Paul the Terrible and Trent the Grouchy under control. I'll give a report as soon as possible after the weekend.
Posted by Editor at 9:48 AM No comments:

I have to give credit, where credit is due. My evil brother, Paul, works 15 minutes a year at the famous Christmas Place whether he needs to or not. 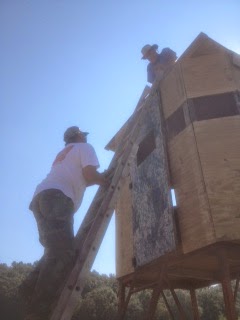