This past weekend was the Big Work Weekend to get all the stands and fields finished before gun season rolls around. My brother, Satan, had his typical work weekend and got a big hog while the rest of us worked. To make matters worse, he left us short-handed and took his evil twin out bow hunting and Terry got this nice doe with his bow. 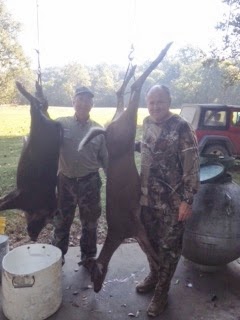 It was a good sized crowd that came down for Squirrel Camp and to honor my Dad. The only problem was that squirrels were few and far between. Another was that almost everyone stayed in camp Saturday afternoon to watch both Ole Miss and Miss State play football. That part ended great for everyone. I also thought it strange that everyone that went hunting said they needed to carry a shovel, I wonder why?
The squirrel and dumplings was wonderful, thank you Joe Newman.
The fish were biting for some of our guests and old Sure-Shot, Tim Crosby, got a hog!
The weather was perfect and great to sit around a fire at night.
Here are a few pics, will be adding more. 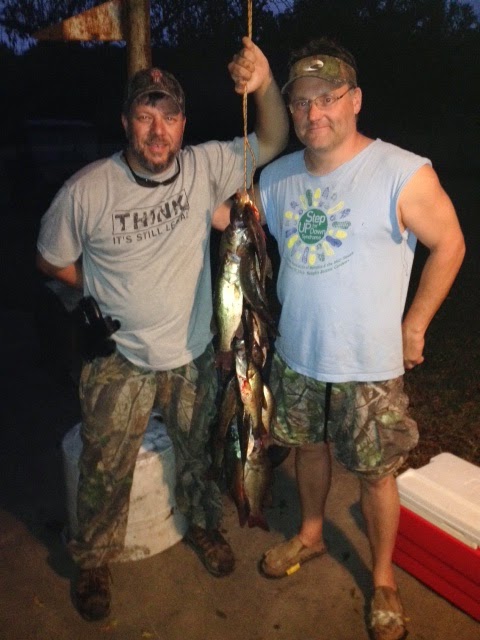 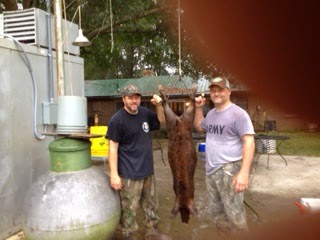 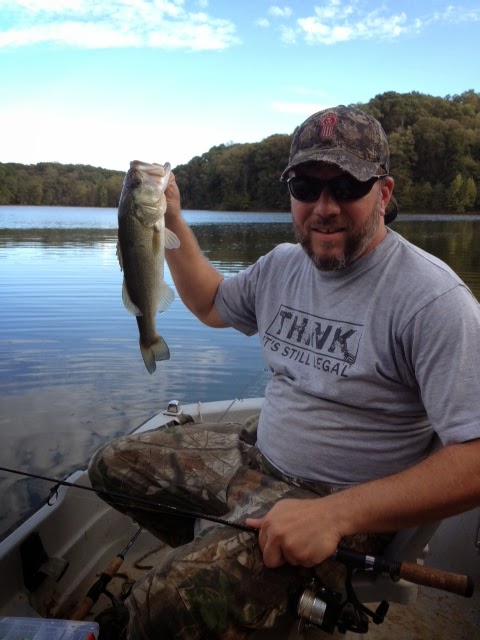 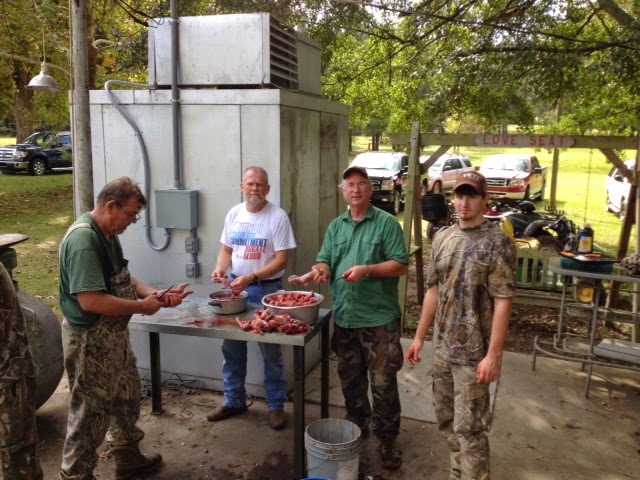 The PARTY In the Grove

(Oxford,MS) Intercepted in the Endzone!!!!!! We watched the big screen on the review and the crowd went crazy when Senquez Golson got his foot down on the interception that sealed the win for the Ole Miss Rebels. Two plays later the game was over and the victory was ours. The sold out crowd went absolutely ape-shit crazy. People screamed and shouted, they clapped and sang, they threw their shoes in the air, I saw grown women and men crying, there was drinking and partying in the stands and hugs and Hotty-Toddy's to everyone around us. On the field a human sea of people rushed back and forth hugging and screaming, back-slapping and thanking the players and coaches. The goalpost came down and I don't know how many babies were conceived right there on the turf. It was the wildest thing I have ever seen or been part of, and the party hadn't even started.
We staggered back to the Grove and the party was rocking! Whiskey flowed like a river, Music pounded everywhere, continuous toasts were given and the cry "I Was There" was screamed by thousands.
Music played, People danced, I must have heard the Hotty-Toddy cheer 10,000 times, people got drunk, I got drunk, we all got drunk, we all lost our voices, women ripped off their brassieres and threw them into the crowds, 10,000,000 pictures were taken, the phone system crashed, and people hugged and cried and kissed and shook hands and laughed and sang and smiled and drank into the wee hours. I swear in my drunken stupor I saw Thunderhoof trot past with two naked women on his back that vaguely looked like Denise and Wanda, and I swear I saw a naked guy wearing a red sombrero chasing cheerleaders through the grove. Jose Valdez ????
It was the Greatest Game and the Greatest Party in Ole Miss History.
Posted by Editor at 10:20 AM 2 comments:

Dad, The Grove, and Beating Alabama

By the time Denise and I got to the Grove Saturday, Paul and 50,000 of my closest friends were already raising hell. It was standing room only and you could tell something special was in the air. I received a toddy for breakfast found my brother James and just watched the sea of humanity boil in front of me. Paul was in winning form and proceeded to tell anyone that would listen that we were about the kick the crap out of BAMA. My cousin Kent made his was through the crowd and shook hands and we talked about how wild it was and then Paul said "You know, today is Dad's birthday, and I talked to him last night and he and I are gonna take care of Alabama today." Kent said "Really, today's Uncle Hershey's Birthday? Paul  said "yea" He said "Let's drink a toast to him, and we 4 each had a shot of straight Ezra Brooks when Kent said "to Hershel!" Needless to say Dad took care of the rest with a little help from us, and the Ole Miss Rebels. 23-17 Rebs Win. 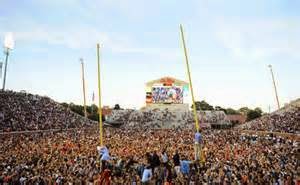 Posted by Editor at 9:30 AM No comments: