Seven Hells, MS> I watched in horror as Paul Howell stood at the hanging pole with his arms covered in blood as the huge crane lifted Thunderhoof and draped his massive body over the 12 foot high steel crossbar. The gigantic antlers stilled splayed across the ground as Paul sang and danced around the tremendous corpse. "Look at the pole! Who's the greatest deer killer of all time? ME! HAHAHAHAHAHA!" He grabbed a machete and cut the huge beasts' throat and rivers of blood spewed forth. He stamped his feet up and down as blood filled his boots."He's Dead! I'm the greatest! ME! BWAHHH-HAHAHAHAHA!!!!!" I was frozen as his evil laugh kept ringing in my ears. Ringing. Ringing. Ringing. The alarm clock finally woke me. I was covered in sweat from the terrible nightmare. Little did I know that a new nightmare was about to begin.
I headed to camp Wednesday afternoon, shaking off the terrible dream, in time to hunt that afternoon. Arriving I found that Paul and his crew had been hunting for several days and his daughters (Haley) boyfriend had already killed a deer! He killed it off my stand! I hadn't even had a chance to hunt there! I was devastated.
Enrico is a nice guy. He is a Mexican with a broken leg from soccer. I was gracious and congratulated him. Resisted the urge to kill my brother and got ready to go hunting. If a crippled Mexican can kill a deer, they must be running everywhere!
Of course that afternoon I had to put all Pauls kids on stands while he disappeared into the woods. Made it to my stand late and settled in. A few young deer finally emerged into the green field. I just knew the big buck was not far behind. Suddenly, BOOM! A single gunshot from Pauls' direction. OH, S##T!! I knew my hunt was over and the nightmare had begun. Here is a picture of the nice 8-point he took from the Eastgate area. 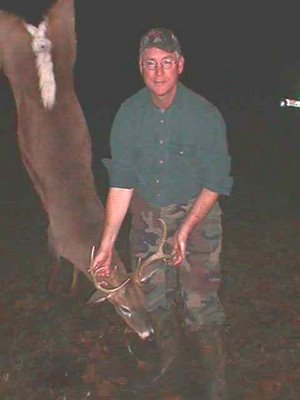 Everyone hunted hard the rest of the holiday weekend and several bucks were seen but no one was able to blast them. Enrico and Michael got two young deer from the North Cornfield Stand 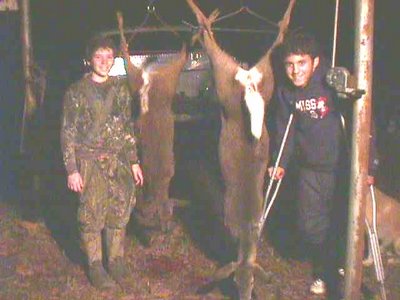 The Thanksgiving meal was excellent as we hunted Thursday morning and enjoyed the feast early that afternoon. Wanda supplied a mouth-watering Turducken and did not have to kill a single person in the kitchen. 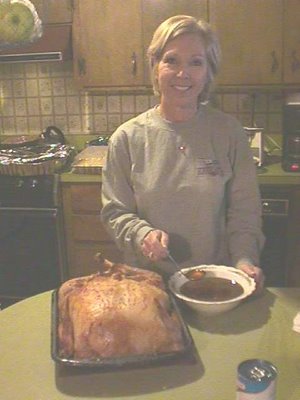 Hillary and Haley helped set the meal also and were excited about the trip to New York they were about to leave for.! Everyone ate till they were stuffed. I think Mom ate a whole pie! It was relaxing and fun to be together for Thanksgiving. The Howells have a lot to be thankful for. We get mad or rib each other pretty hard, but hunting keeps our families together. 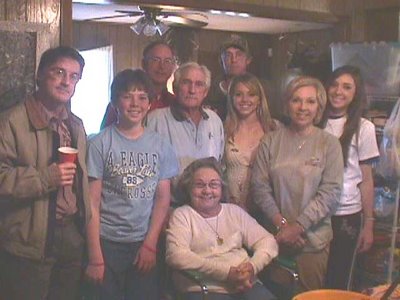 To top it off the OLE MISS REBELS finally won a game against our hated in-state rivals by a final score of 20-17. Thank God! It has been a long season. All in all, a great Thanksgiving holiday and we can't wait to get back down there and get after the deer. Muzzle-load season is next and then the famous Antler Bowl during Still Season. Phewww! Thunderhoof is still out there, and I have a bullet with his name on it.
Posted by Editor at 9:44 AM

what stand did he kill that deer wednesday, and it better not be the one i,m thinking about. by the way , how are things at the double white oak?

After reviewing the 45,233 rules that were established for certain Guests of the Christmas Plantation by Paul and Trent Howell, I have noticed that the meeger 8 pointer that Paul shot should have been passed on until the next 2-3 years. But most importantly, it was noticed that the 2 young deer that were taken by the teenagers were of the male gender, and did not fit the criteria set fourth by the "Rules Bible", with this said and noted, that means that Paul Howell should be charged 2 deer against his limit. This means that Paul Howell has limited out for the 2006-2007 Hunting season and should stay at home with his wonderful Bride and children until the opening of next years hunting season.

I completely agree, I will get a team of crack lawyers to work out the "Rules Bible" definitions. circulars and addenda 1-674 will be studied also. Let's keep this mean killer home with his family where he belongs