POP WORKS ON THE DUCKS 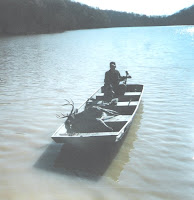 Tailfeathers, MS> While I was out boating with my big deer. Dad had slipped over to his new pond to try to blast a couple of ducks. I have no earthly idea why someone would do that during the middle of deer season, but he says he is well-rounded. ???.
He got a nice mallard and a wood duck, which we dressed and he asked me if I knew any interesting recipes for ducks that he could use. I said no, I was a little busy trying to get my deer on dry land and would he and Bobby hurry the hell up. 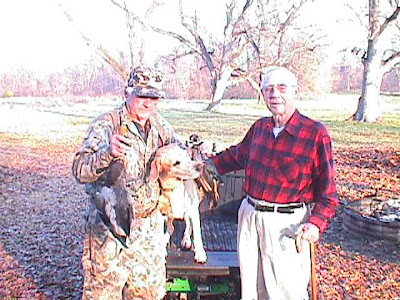 Later I went online to an interesting hunting blog called MOOSEDROPPINGS, guy running it is Moose, who is an avid outdoorsman, 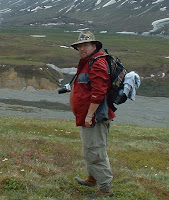 and he has a wide variety of hunting news, social commentary, shooting information, a lot of New England thoughts, great hunting pics, as well as recipes for wild game. You should really go to his site and check him out. I don't know much about Meese but the duck recipe made my Dads' mouth water. Can't wait to try it. Hope he has some new venison receipes too!
Posted by Editor at 12:03 PM

Rex, only a character like you would go fishing and come back with a deer. By the way, what are the deer hitting this time of year, minnows or worms?

I'll be reporting the boathunting to the MDWFP.

they seem to be hitting on .270 bullets right now.