Flying Horns, MS> A casually placed note taped to the front of one of my massive deer heads that line the walls of the famous Christmas Place Hunting Club has caused my computer to be deluged with emails from members and friends with their Christmas wish lists to Santa Claus.

Burney- I want the Black Knight and a 5 lb. Crappie
Trent- I want to kill a damn deer bigger than Rex’s and uh, uh peace on earth.
Hershel- I’m low on duck shells,apricot brandy and I need some water in my pond.
Paul- I want my damn 10 point buck and a decent article about me in the Bodock Times!
Rex- a new boat, mine has antler holes all in the bottom. 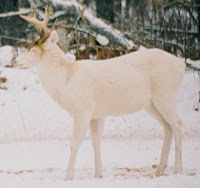 Mark- another big buck and the key to Paul’s fourwheeler
Spencer- the White Buck!
Denise- 5 minutes without someone blogging about a damn deer.
Drew- Rex killed my deer! I need a do-over.
Sarah- my first deer, a new cell phone, and my own fourwheeler
Peggy- another piece of wood on the fire and a blanket
Haley- a maid for the camp and a passport
Shelley- can you shorten Deer Season?

Bobby- a raise, that Bodock Times doesn’t pay squat!
Michael- Rex told me I can kill some of dad’s (Paul) deer, send in the mules!
Greg Jones- a new editor for the Bodock Times and Old Droptine
Tyler Jones- Rex’s dating advice handbook and Buckzilla
Erin- a rocking chair made out of my dad’s (Rex) antlers
Wanda- A new skillet, this one is worn out from beating Paul in the head.
Enrique the Mexican- less wetback jokes and Rex’s Sneaky Stand forever.
John- a 12-point off my new best friends (Trent) stand

Terry- a bottle of Rex’s new Thunderhoof Deer Lure
Kyle Jones- my dad (Greg) needs to kill a deer worse than me, I could use one too!
Jimmy Lammey- an invite would be nice
Hillary- less camp, more shopping
Austin- a rifle that shoots straight and a haircut like Rex’s
Thunderhoof- more does and less idiots in the woods.
Posted by Editor at 9:49 AM